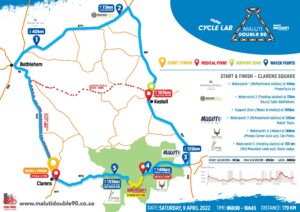 Feedback from one of our past participants:

“The climb out of Clarens will warm the team up. Coastal riders may well feel the first pangs of thin air. Then there’s good fast bunch riding to Bethlehem. The wind on the day will be the biggest factor here – but being in a circular route, you’re bound to be helped (and held back) at some stage in the day.

The weakest riders in the team will struggle to hold on if the fast portion of the team decides to go into the red up to the 135km mark – because the real race starts upon entry of the Golden Gate Highlands National Park.

Tired riders here will be tested with the short, steep climbs. Already having cycled over 140km at a high speed will test even the toughest riders legs.

The road surface and screeching descents will be complimented by the unique and beautiful surroundings of the Golden Gate Highlands National Park.

The cohesiveness of the teams will be tested through various passes – and some cramps are bound to start nibbling at the calves and hammies with about 30km to go.

The strong tactical teams will leave their weaker riders to fend for themselves as the racing snakes breakaway to chase down the final 25km.

The last few ascents into Clarens will be team-building stuff but the welcome sight of the quaint town with its many shops (and world class brewery) will provide the extra motivation to get off the bike.
Do the ride and earn the badge!” 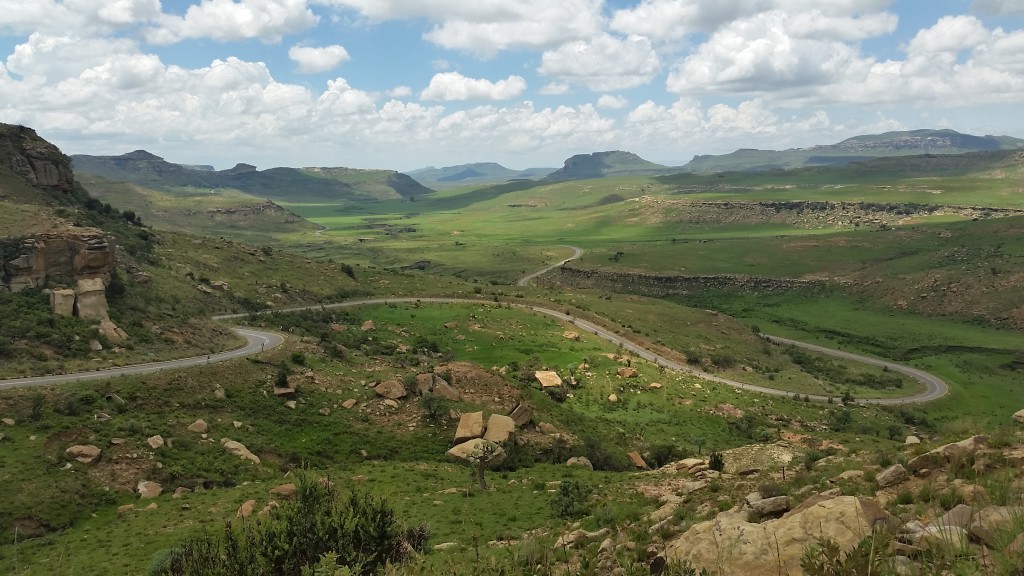 The Cycle Lab Maluti Double 90 powered by Biogen is not for the unfit, or the faint-hearted. The route starts off deceptively gently, with mild undulating hills from Clarens towards Bethlehem.

Please take care at the left turn onto the N5 towards Bethlehem, as the N5 often carries heavy traffic, including trucks. Teams are specifically requested to ride in SINGLE FILE from this turn until Bethlehem.

There’s a water point just after exiting Bethlehem on the R26, where you can also restock the energy levels with some banana loaf, bananas, potatoes and sweets.

From Water Point 1, the route follows the undulating R716 past farmlands towards Warden and Eenzaamheid. This section of the route has a good road shoulder and teams should be able to get into pacelines and post some good speeds here.

The second water point is at roughly 70 km, just before turning right at the four-way stop onto the R57 towards Kestell. Water and Coke will be offered here.

The R57 again offers a good road shoulder and with undulating hills, teams should be able to maintain some good speeds. By now, though, the undulating terrain may start to take its toll and teams will have to dig deep to maintain a good average speed in order to make the cut-off at Kestell.

Teams will meet up with their Team Support Vehicles in Kestell at the official Team Support Zone. (Please note that team support vehicles are not allowed to follow teams along the route. Teams found to be doing this may be disqualified.)

The Team Support Zone is in front of the local Kestell Hotel, where supporters and spectators will find breakfast, light meals and cold beer for sale. Please note that there is a cut-off at 11h45 for teams to arrive at the Team Support Zone and teams that miss this cut-off will not be able to continue as the event cut-off (16h45 in Clarens) will not be reached in time. 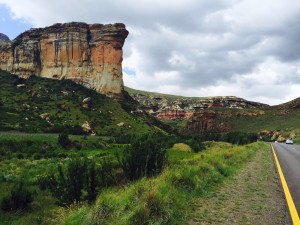 The Cycle Lab Maluti Double 90 powered by Biogen will have enough challenges on its own for the average competitor – so we’ve decided to throw in little something  to spice things up: The Biogen King of Maluti (KOM) / Queen of Maluti (QOM) – monitored by Strava.

Once your team has entered the Golden Gate Highlands National Park, you will be steaming towards the finish line in Clarens with only 40 km to go – but not until you have conquered a few steep climbs. Shortly after the new Water point 4 at Protea Corner, we have introduced a 2.6 km timed section around the 150 km mark that includes the notorious ‘Mineshaft’. With gradients spilling over at 16%, what better place to test the legs of the climbers? The climb ends at the top of the ‘Mineshaft’ just before the last water point.

Look out for the route markers that will indicate the start and end of the Biogen Strava section. To qualify for the Biogen KOM/QOM title and prize, you will need to do the following:

You do not need to be part of a club on Strava.

The fastest time receives prize money for the team. (Your data must be uploaded before 14h30 on the day in order to reflect on Strava.)

This race-within-a-race is powered by Strava and the organisers and sponsors cannot take responsibility for any data or application failures that occur on the day.

Please note that the Biogen Strava KOM/QOM winners must be present at prize giving to collect their prize, or it will roll over to the next-fastest rider.) 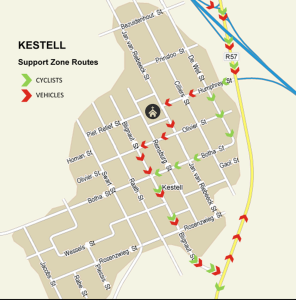 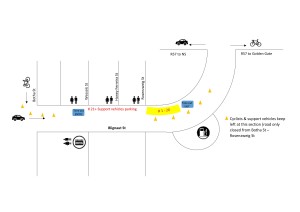 • 105 km (Blignault Street in front of the Kestell Hotel)

Riders may only feed or receive assistance of any kind from their team vehicle at the Team Support Zone in Kestell. Team Support Vehicles may not meet or support riders on any part of the route, other than at this point.

It is the responsibility of the team captains as well as the team’s support crews to know these areas as teams may face disqualification should a support crew be found supporting their teams anywhere but at the demarcated team support zone.

This is a strict safety conscious decision and a ZERO TOLERENCE approach will be taken.

Clarens Main Road will be partially closed for the start and finish.

Please support the riders at the official Team Support Zone in Kestell. The Team Support Zone will be in Blignaut Street in front of the Kestell Hotel, where cold beers, cooldrinks and coffee and light meals will be available for spectators and supporters to purchase.

Please note that spectators may not follow riders along the route from Clarens via Bethlehem.

Spectator and team support vehicles will be allowed to travel from Clarens to the Team Support Zone via the R712 from Clarens to Bethlehem (39 km), and the N5 to Kestell (73 km in total).

The first finishers are expected back at President’s Square at roughly 12h30.